All The Scary Things 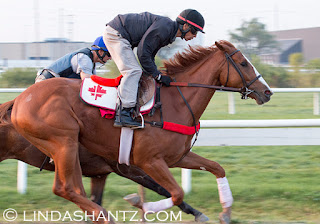 Gryph is in Sunday, and I’m terrified.

Terrified he’ll turn out to be everything we’ve been joking he’ll be. #obiwanyoureouronlyhope

I think it was February first I told myself I was going to start back posting here. It's only the 19th, so that's not too bad, right?

They (whoever "they" are) say you should do something every day that scares you. Yesterday, I finally did something that kind of terrified me! You see, I've got this novel I've written, and last September I decided I should at least try to pursue traditional publication for it. Another "they" said, "never self-reject...query that agent." It only took me seven-plus months to write a query letter remotely worthy of sending out, but yesterday was the day I did so for the first time. And, having conquered Scary Thing Number One, I followed up by sending it to a second agent. After that, I figured I'd keep up the momentum, and made a couple of phone calls I've been avoiding (hardcore introvert here: I hate making phone calls!!).

This morning I was happy to receive my first rejection! Yes, you read that right. Happy. I intentionally queried that particular agent because research told me they responded quickly. And as someone who has done art shows for years, and thus is no stranger to rejection, getting it out of the way is nice. It's like, "Hey, I tried that, now I can move on to the next thing." And in this case, not a thing, but another agent! Or ninety-eight.

I don't know if my little book will ever attract the attention of an agent. Horse racing is probably a tough sell right now. But the hopeful part of me would like to see it out there, because racing is about so much more than what the public see on the surface (and the surface is not very pretty right now, it seems).

The little bit of writing at the top isn't from the novel, it's an excerpt from real life. It makes me think of the novel, though. Until you actually get out there, you never know! And for the record, Gryph didn't run up the track. He ran okay. But he wasn't our Obi Wan!